Thanks G-d I Misread His Age!

I had moved to Israel from Seattle hoping to find a much larger pool of women to meet.

While I did, and dated much in Jerusalem, I realized after some time, that I was most likely going to match with somebody in the states and probably the NY Metro area.

Therefore, when it was time to head back to the States to visit my kids, I looked through J-Wed and reached out to a few women who seemed like a good fit.

The catch, however, was that she must be willing to live in Israel, and not at some theoretical, distant time in the future.

Elana was one of two who responded, and during our very first conversation we spoke at length about living in Israel. As it turned out, Elana and her family of 7 kids had lived in Israel and had always planned on returning.

After that, we spoke for a few weeks via What’sApp, had 3 in-person dates in NY, dated via what’sapp over the summer and got engaged the following Oct and married in Jan 2022.

I lived with Elana and her family in the US through the end of the school year and summer, and just before Rosh HaShannah of this year we achieved our dream of returning to the land of Israel together.

One cool part of the story is that I’m 11 years older than Elana. When she originally looked at my profile, she mis-read my age and thought I was about 5 years younger. Had she read my age correctly the first time she most likely would not have agreed to meet!

Thank you J-Wed for making all of it possible! 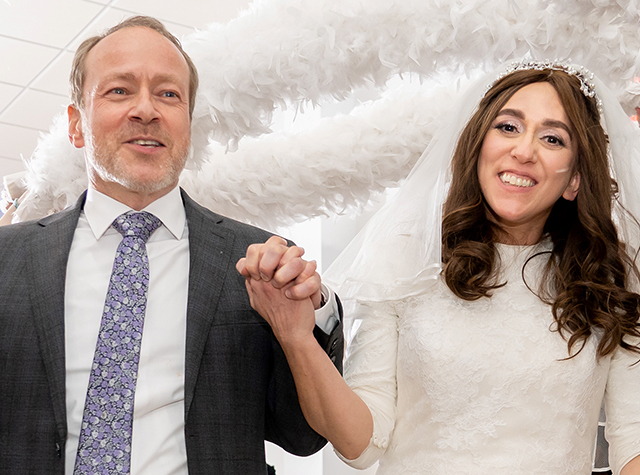