I wasn't looking. He wasn't either. Why did I click on that JWed email one night? An angel must have pushed my finger. There was his smiling face - someone in my small city! Why had I never met him? Who was he? I read his profile, very interesting but... I wasn't looking. So, I went to the JCC senior dinner that Wednesday evening and there was someone new at my table. Was that him, from JWed? I tried not to stare. From his conversation it seemed maybe so. And his name matched too... We talked about a book he was reading. "I'll lend it to you when I'm finished," he said. But several weeks went by and I didn't see him again. I couldn't resist, I called the senior director at the JCC. "Does he ever come to the senior dinners?" I asked. "He said he'd lend me a book." She said she'd check, and she called me back a few minutes later. "He asked for your number," she said, "but I don't give out numbers without permission. So he asked me to give you his. Here it is." I called him immediately. He was so happy to hear from me!

We met again at dinner. Then we started meeting when there wasn't a dinner. (The nearest kosher restaurants are 2 1/2 hours away, so the JCC is it.) We went to a lecture. We went to an art museum. We began to meet every evening in the JCC conference room - the cleaning staff seemed to think we were on the Board of Directors. Shabbat was a problem due to issues with his building, so he started staying over in an Airbnb nearby. We began taking walks in the park every morning, in addition to our evening "conference". And very romantically one morning he proposed.

Our wedding was so beautiful in a tent in the backyard, with each of my four grown sons holding a pole of the chuppa! Two of his older grandchildren walked him to the chuppa and two of my older granddaughters walked with me.

We thank Hashem continually for bringing us together at this stage of life! It must have been the right time. We had been living within a mile of each other for most of the past 10 years, yet had never met. We could have continued to pass like ships in the night, but Hashem sent me a JWed email... 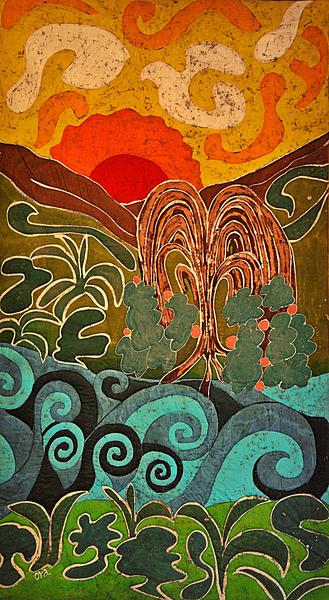