Could lightening strike twice? I had my doubts. I’d been dating for about two years after the sudden death of my husband ended a wonderful marriage. The guys I met did not make me feel hopeful. I even thought about walking away from the dating scene and focusing on my career, my happy memories and wonderful children and grandchildren. But, in late March 2017, I gave it one last shot. Richard's profile popped up on my
JWed screen and I liked what I saw. We spoke on the phone and quickly agreed to meet for a date, a refreshing difference from spending days or weeks messaging and talking by phone. Much to my happy surprise, our first date was wonderful. We met for dinner at Mr. Broadway in New York City and were both excited to have so many meaningful things to discuss. He impressed me as interesting, gentlemanly, well spoken, very intelligent, cultured and sophisticated. He was frum and worldly, just what I was looking for - the needle in the haystack! We both had good questions and conversation never faltered. I went home feeling elated and hopeful, knowing we would see each other again. More dates quickly followed as we enjoyed seeing each other through the summer. Then, we became engaged in October, just before Sukkot. We were married at the home of my oldest son in January 2018. Since then, we have been happily planning and enjoying our life together. This coming January will be our second anniversary. We both marvel at how well suited we are for one another, and how blessed we feel that Hashem put us together to share a wonderful future. Thank you JWed!

I wondered how often life parallels the words of our sages as I began a seventh year searching for my bashert. It was March 2017, early in the Hebrew month of Adar, about which we are told "Mishenichnas Adar Marbim B’Simcha.” I had just activated my JWed account, and for most of the month of Adar, was not seeing profiles that looked promising. Then, with just a few days left in the month, Jane sent me a message asking me about the brevity of my profile. After looking at her profile, which displayed great humor, “gotta have a few vices” (referring to her love of great single malt scotches), and a clear interest in culture as well as Yiddishkeit, I quickly wrote back suggesting that I fill in any missing details on a phone call. She quickly agreed. We enjoyed a spirited conversation followed by a first date that left me thinking: “this time it really does feel different.” After that, it quickly became clear that my search was over. With the help of Hashem and JWed, I had found the love of my life. 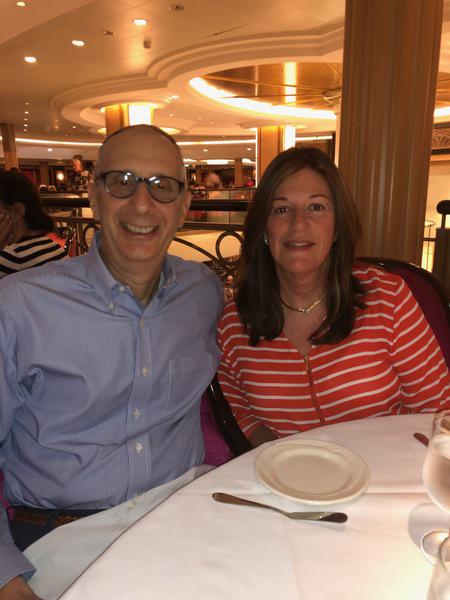