I took the plunge and messaged him!

For several years I had a profile on JWed but I hadn't paid for a subscription so I was only receiving messages that I could open but could not respond to(unless I paid to subscribe). Over the years, I had been receiving messages and no one seemed interesting enough to write back to. I had just turned 30 the day before, and I received a message from someone whose profile looked interesting and I decided to pay for 1 months subscription in order to write back to him. We message back and forth and it was clear to me that he wasn't the one. Having already paid, I decided to look around on the database to see if there is anyone else suitable for me. Not a minute past before I saw a picture of a guy who seemed like the type I was looking for. Even though in the past I had never messaged a guy I decided to take the plunge and just message him! I asked him how he was doing and after exchanging a few words he asked if I wanted to speak over the phone. I said I wasn't comfortable with that so we decided to communicate over WhatsApp. That night we "spoke" for 6 hours and we continued speaking every day that week. He decided to fly out to New York to have a formal date a week from when we started talking. We spend the day together and he had to leave the next day to get back for work. That week we continued communicating over WhatsApp and at the end of the week he asked if I wanted to come to Phoenix and that he'd fly me out. I flew to Phoenix and we spent the day together and before bringing me to the place I was staying he proposed!! Everything seemed right but I knew he was the one for me so I said yes! We've been married for four and a half years and have two boys, the baby just two months old. Thank you JWed for being the shaliach! 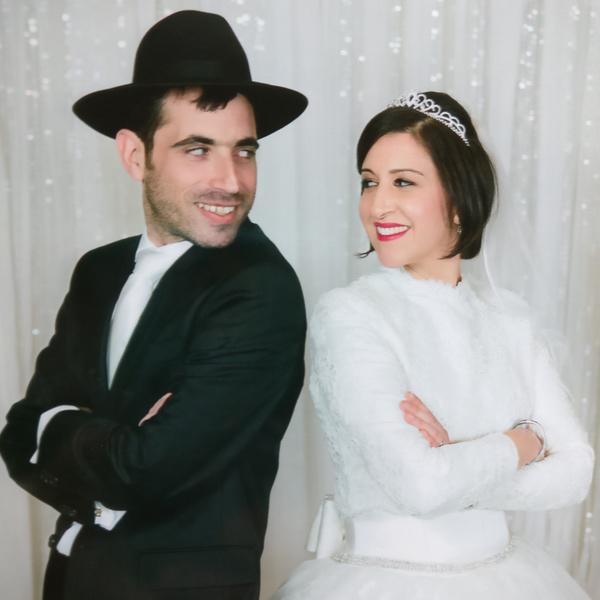